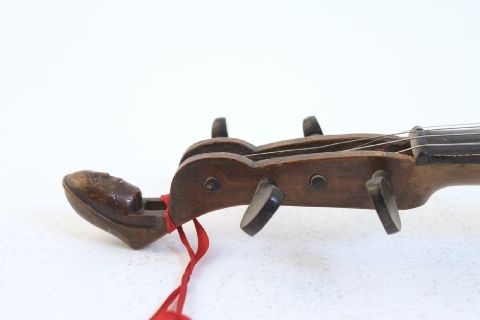 This instrument was sold at an auction in Stockholm in 2012. What once was a double-decker has been converted to a standard violin when the neck was changed. The lower row of pegs has then been removed from the removed neck and attached to a central european factory violin. That might have been done in 1844. There has been a tailpiece made for 6 sympathetic strings and the lower rows of pegs might have been removed after the neck was attached to the new body. After the auction in 2012 the pegbox has been restored to enable use of sympathetic strings. The style of the neck is quite different from other double-deckers but it has vague similarities to LumiÃ¨re and Munken. 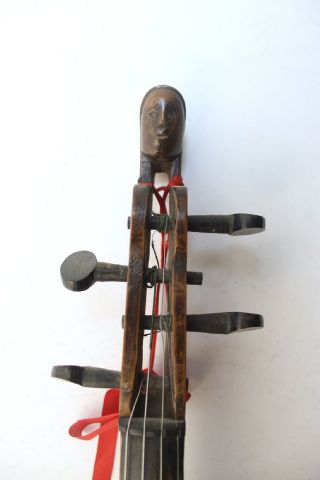 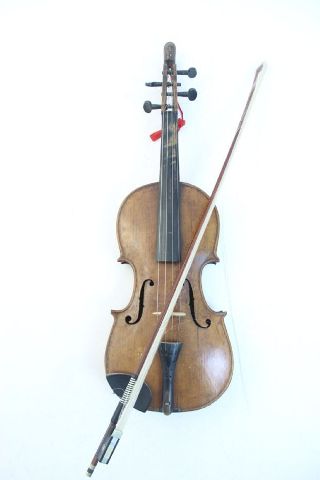