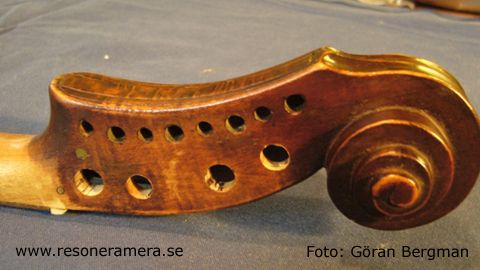 This instrument appeared suddenly at an auction in VÃ¤stmanland during the fall of 2008. It is a double-decker with 8 sympathetic strings (even though it has not been stringed like that for a long time), but it differs quite a bit from other double-deckers at this page. The instrument has a scroll which is attached to the upper level of the pegbox rather than the lower which is more common. The back of the pegbox has one interesteing feature, there is a hatch which may be opened. This is probably very good while mounting the sympathetic strings. The construction is very similar to the removable fingerboards that are pretty common at these instruments. This violin also seem to have such a fingerboard but nowadays it is glued to the neck. Unfortunately there are no facts about the luthier or where the fiddle is built. I would however guess that this violin is built a little later than the majority of the double-deckers due to the design which I think is more modern. 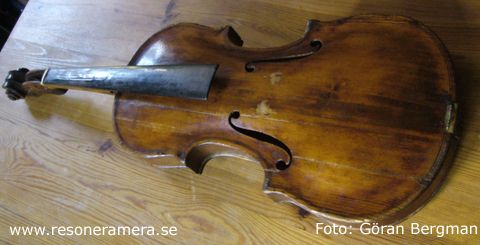 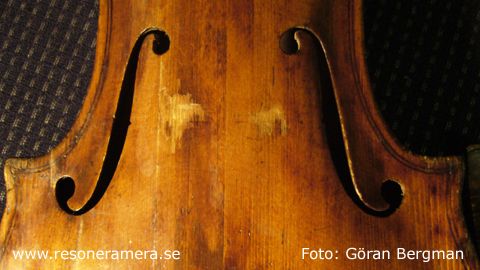 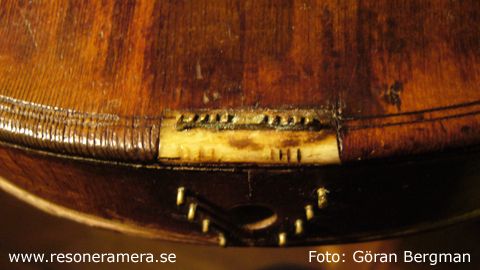 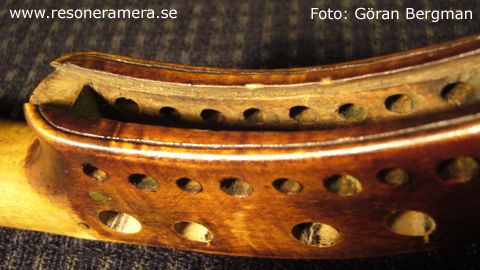