This violin was filmed during an episode of a Swedish variant of BBC:s Antiques Roadshow recorded in VÃ¤rnamo in 2001 (Link). When examining the pegbox you can easily see that the violin is modified and originally must have been a double-decker. I would guess it used to have eight sympathetic strings but six is another option. The best guess based on the label is that the violin is built by Nils Nilsson in 1775 (in the show they say NÃ¤sstrÃ¶m as last name but when examining the label it looks more like Nilsson). Unlike most modified older instruments the neck does not seems to have been changed which makes it more probable that the name of the label is the actual builder. I haven't found this Nils Nilsson in any written sources yet. The lions head and the pegbox are similar to Arwit RÃ¶nnegrens instruments but the hair on the forehead makes me think of Hans Severin Nyberg och "Tuppen". According to the owner, she inherited the instrument from her mother who had it since the time when she started playing violin in LinkÃ¶ping but it is not known whether she bought it in Ã–stergÃ¶tland or elsewhere. 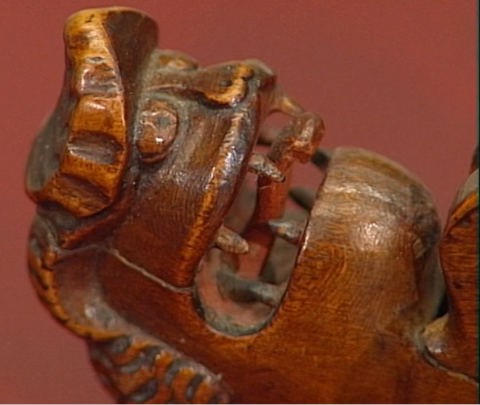 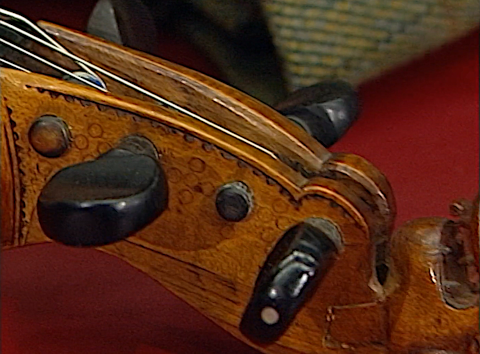 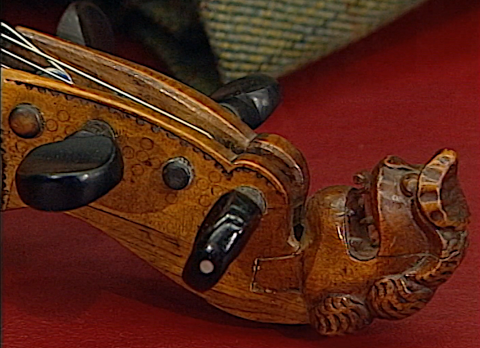 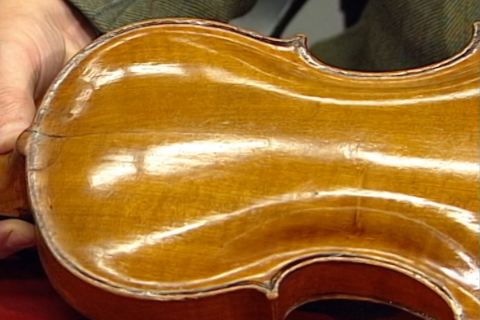 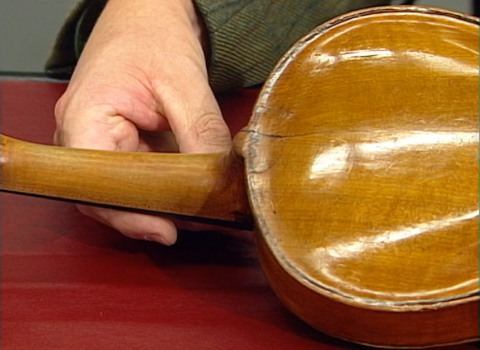 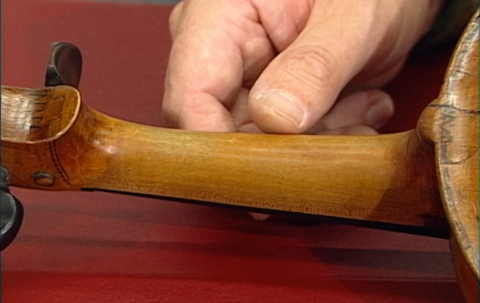 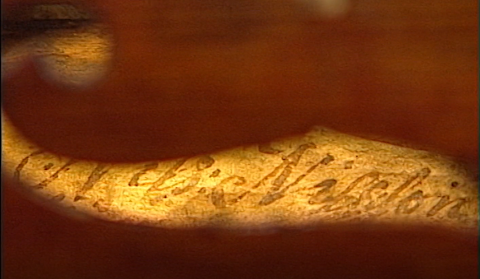 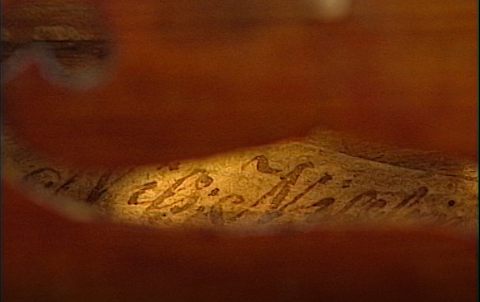